When students come to Mandeville in Year 7 they are placed in one of five Houses that are named after famous local landmarks: Chequers, Hartwell, Rothschild, Verney and Windsor. The colours are green, blue, yellow, purple and red respectively. The Year Leaders are attached to a House so Mr Hatton leads Verney, Mr Robinson - Windsor, Mr Barker - Chequers, Mrs Hatton – Hartwell and Miss Drury fronts Rothschild. There is fierce competition between them, never mind among the students!

The different House colours are shown in coloured stripes on the school tie and in planners. The school badge and PE kit place great store on the House colours at Mandeville.

We place high store on ‘belonging’ to a House and this plays a key role in school competitions and fund raising activities in school throughout the year. Every member of staff apart from the Headteacher belongs to a House which enhances both a sense of identity yet competitive spirit across the school community.

History on our chosen Houses

Hartwell House is a National Trust country house in the village of Hartwell, located on the south west side of Aylesbury. It was constructed in the early 17th century. It used to be a private residence but is now an hotel. Its proximity to Chequers means that it has frequently been the host of international and Government summits and meetings.

The Rothschild family began to acquire or build large estates in or around Buckinghamshire in the 1840s. The family seat was established at Waddesdon Manor, near Aylesbury, and the Rothschilds also purchased the historic King’s Head Inn in Aylesbury (donated to the National Trust in 1925).

Verney is the name of an English family that traces back approximately eight centuries. It first settled at Fleetmarston in Buckinghamshire and then at Pendley in Hertfordshire. Finally it settled at Middle Claydon, a country house in Aylesbury Vale, which the family purchased in the 1460s and where descendants of the Verney family still live. This is another property that is now managed by the National Trust.

Windsor Castle is a royal residence at Windsor, less than an hour from Aylesbury. The castle is notable for its long association with the British Royal Family and also for its architecture. The original castle was built in the 11th century making it the longest-occupied palace in Europe. More than five hundred people live and work in Windsor Castle. It is the Queen’s preferred weekend home.

If your child is absent from school for any reason, please report the absence on ClassCharts at the start of every day of absence until your child returns.

If there is an issue with the ClassCharts app, please report any absences via reception and leave a message.

Any request for student leave of absence in term time should be made in writing to Hannah Lloyd, Assistant Headteacher – Hannah.lloyd@mandeville.school. In making this decision, the school will consider the circumstances of each application individually, including any previous pattern of leave in term time and the attendance record to date. 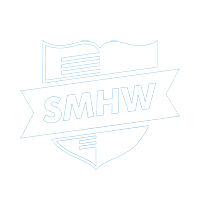